RAM (Random Access Memory) is the hardware location in a computer where the operating system, application programs, and data in current use are kept so that they can be quickly reached by the computer’s processor. RAM is much faster to read from and write to than most other kinds of storage in a computer (the hard disk, floppy disk, and CD-ROM). However, the data in RAM stays there only as long as it has power. When you turn the computer off, RAM loses its data. When you turn your computer on again, your operating system and other files are once again loaded into RAM, usually from your hard disk.

RAM is called “random access” because any storage location can be accessed directly. RAM is organised and controlled in a way that enables data to be stored and retrieved directly to specific locations.

How the Data in RAM Is Accessed?

Three main types of physical memory areused in modern PCs. (Remember, I’m talking about the type of memory chip, not the type of modulethat memory is stored on.)

The only type of memory you normally need to purchase and install in a system is DRAM. The othertypes are built in to the motherboard (ROM), processor (SRAM), and other components such as thevideo card, hard drives, and so on.

Read-only memory, or ROM, is a type of memory that can permanently or semi permanently store data. It is called read-only because it is either impossible or difficult to write to. ROM also is often referred to as nonvolatile memory because any data stored in ROM remains there, even if the power is turned off. As such, ROM is an ideal place to put the PC’s startup instructions—that is, the software that boots the system.

Note that ROM and RAM are not opposites, as some people seem to believe. Both are simply types of memory. In fact, ROM could be classified as technically a subset of the system’s RAM. In other words, a portion of the system’s random access memory address space is mapped into one or more ROM chips. This is necessary to contain the software that enables the PC to boot up; otherwise, the processor would have no program in memory to execute when it was powered on.

Dynamic RAM (DRAM) is the type of memory chip used for most of the main memory in a modernPC. The main advantages of DRAM are that it is very dense, meaning you can pack a lot of bits into a very small chip, and it is inexpensive, which makes purchasing large amounts of memory affordable.

Another distinctly different type of memory exists that is significantly faster than most types of DRAM. SRAM stands for static RAM, which is so named because it does not need the periodic refreshrates like DRAM. Because of how SRAMs are designed, not only are refresh rates unnecessary, but SRAM is much faster than DRAM and much more capable of keeping pace with modern processors.

How RAM Effectiveness is measured?

The amount of time that RAM takes to write data or to read it once the request has been received from the processor is called the access time. Typical access times vary from 9 nanoseconds to 70 nanoseconds, depending on the kind of RAM. Although fewer nanoseconds access is better, user-perceived performance is based on coordinating access times with the computer’s clock cycles. Access time consists of latency and transfer time. Latency is the time to coordinate signal timing and refresh data after reading it. 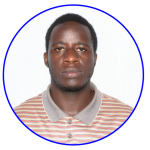