Mac fans hoping for new hardware this year have been given one possible explanation for the delay, and some hope that 2019 will see some updates.

Tucked into the notes from Tim Cook and Luca Maestri that were included with Apple’s quarterly earnings  were a few choice remarks directed at Intel. The Santa Clara based chip manufacturer was lined up to supply the iPhone family with 5G modems, but as we all know that part of the relationship has ended rather abruptly.

It’s not the only relationship with Apple – anyone with a modern Mac will realise that intel still plays a part in Apple’s deskbound computing hardware, and it’s here that Cook and Maestri decided to link the delay of the new MacBook to Intel. First up, Maestri highlighted a lack of supply:

Next I’d like to talk about the Mac. Revenue was 5.5 billion compared to 5.8 billion a year ago, with the decline driven primarily by processor constraints on certain popular models.

Then Tim Cook drew out the impact of the constraints and that he believed it to be short term:

It’s relatively safe to assume that Apple is talking about Intel’s ninth-generation of Core CPUs – the Coffee Lake Refresh. The ninth-gen continues to use Intel’s 14nm process, but supports up to eight cores.

At the start of this year, Mac fans were eagerly expecting new hardware, which has not yet materialised. These could be put on show at WWDC, but what is more likely is an update to macOS will be previewed that hints at new hardware, with updates to the MacBook, MacBook Air, and MacBook Pro at a more traditional October launch event in time for Christmas sales (and allowing Intel time to build up an adequate supply of the new processors).

That said, given Apple’s quiet kick to Intel, there may be discussions at WWDC regarding macOS supporting new chipsets, with Apple-designed ARM processors a clear possibility. 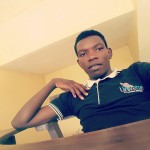